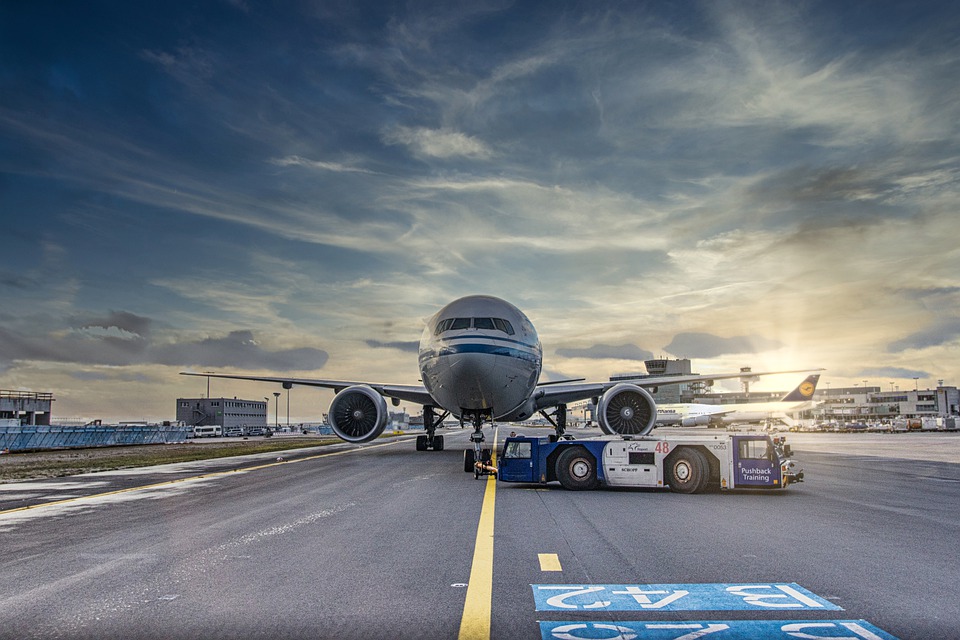 On 10th April 2020, Denmark notified the European Commission (the “Commission”) an aid measure in the form of a guarantee consisting in a revolving credit facility of up to 1.5 billion Swedish kronor (SEK) to the benefit of SAS AB to compensate in part the losses resulting from the cancellation or rescheduling of its flights after the adoption of travel restrictions amid the COVID-19 pandemic.

On 19th June 2020, Ryanair lodged an action for annulment of the Commission’s Decision under the General Court’s expedited procedure.

The General Court first confirmed again that the COVID-19 pandemic and the lockdown and travel restriction measures having led to the suspension of most air transport passengers services constitute an exceptional occurrence within the meaning of Article 107 paragraph 2 b of the Treaty on the Functioning of the European Union (the “TFEU”).

The General Court found that the Danish scheme was appropriate to achieve the objective of compensating the losses caused by this exceptional occurrence. In particular, it underlined that Member States cannot be required to grant aid to all of the victims of that damage.

In considering Ryanair’s proportionality argument, the General Court noted that the damage suffered by SAS is estimated by the Commission to be at least SEK 5 billion while the amount guaranteed by the measure at issue is SEK 1.5 billion which will be paid only if SAS is not able to repay all the sums which it borrowed. Furthermore, the General Court indicated that that damage suffered would be greater than the combined amounts resulting from the measure at issue and an aid scheme previously adopted by Sweden which amounted to SEK 3 billion.

The General Court also dismissed Ryanair’s argument that the Commission infringed the principles of non-discrimination, freedom of establishment and freedom to provide services.

As regards the first principle, the General Court upheld the Commission’s argument that market share is an acceptable proxy for the damage that airlines have suffered. Accordingly, the General Court noted that SAS AB, which accounted for two thirds of intra-Scandinavian air traffic, is proportionately much more affected by the travel restrictions than Ryanair which only had a market share of 9%. Furthermore, the General Court stated that the Commission was not required to take into consideration the competitive advantage resulting from the discriminatory nature of the measure for the purpose of assessing the compatibility of that measure with the internal market. As a result, the General Court concluded that the difference in treatment in favour of SAS AB is appropriate for the purpose of making good the damage and does not go beyond what is necessary to achieve that objective.

Concerning the second principle, the General Court first underlined that the free provision of services in the field of transport is governed by a special legal regime and Article 56 TFEU, which protects the freedom to provide services, does not apply as such to the air transport sector. Furthermore, the General Court dismissed Ryanair’s argument by point out the lack of evidence to demonstrate how the measure is capable of discouraging it from establishing itself in Denmark or providing services from and to that country.

The General Court therefore confirmed the decision adopted by the Commission declaring the compatibility of the guarantee scheme by Denmark with the internal market.

On 21st April 2020, Sweden notified the Commission of a similar aid measure as that in Denmark for SAS AB on the ground that SAS was having difficulties in securing loans from credit institutions in the framework of the Swedish aid scheme. Ryanair’s challenge to this latter was dismissed by the General Court on 17th February 2021.

Similarly, on 19 June 2020, Ryanair sought annulment of the Commission’s Decision before the General Court under the expedited procedure.

In support of the action, Ryanair relied on pleas which are similar to those raised in the Denmark case and rejected by the General Court.

3. The State guarantee on a loan introduced by Finland

On 13 May 2020, Finland notified the Commission of an aid measure in the form of a State guarantee on a loan for Finnair Plc., which is designed to help Finnair to obtain a loan of EUR 600 million from a pension fund to cover its working capital needs. The guarantee will be triggered only in the event of Finnair’s default with regard to the pension fund.

On 26 June 2020, Ryanair lodged an action for annulment of the Commission’s Decision under the General Court’s expedited procedure.

First, the General Court considered Ryanair’s argument alleging that the measure at issue was inappropriate to remedy a serious disturbance in the Finnish economy.

The General Court noted in the first place that for an aid measure to be validly based on Article 107 §3 b TFUE, it cannot be required, in itself, to remedy a serious disturbance in the economy of a Member State. In the second place, the General Court upheld the argument of the Commission and the Finnish authorities that Finnair’s insolvency would further aggravate the current serious disturbance in the Finnish economy because of its importance for this latter (in terms of passenger transport, freight transport, employment, purchases from suppliers and the contribution to gross domestic product). The General Court also underlined that there was probably no viable alternative to Finnair’s contribution to the needs of Finland’s economy and connectivity. In light of these, the General Court confirmed the appropriateness of the measure at issue.

Second, the General Court rejected Ryanair’s allegations that the Commission infringed its obligation to weigh the beneficial effects of the aid against its adverse effect on trading conditions and the maintenance of undistorted competition. As confirmed in the previous Sweden case on 17 February 2021, such exercise was not required as the aid measures adopted to remedy a serious disturbance in a Member State’s economy, such as the loan guarantee scheme, were presumed to be adopted in the interests of the European Union where they are necessary, appropriate and proportionate.

Similar to the reasoning in the Denmark case, the General Court also rejected Ryanair’s arguments alleging infringement of the principles of non-discrimination, freedom to provide services and freedom of establishment, violation of its procedural rights and the Commission’s duty to state reasons.

Ryanair immediately announced after the delivery of the three judgments that it would appeal it before the Court of Justice of the European Union.

These judgments may have a significant impact on the upcoming cases as they clearly confirm the recent case law of the General Court on the legality of the State aid schemes, in particular in form of a loan guarantee, adopted in response of the COVID-19 pandemic. They consolidate the Commission’s current greater flexibility when exercising State Aid control. The assessment conducted by the Commission took place in the context of a pandemic and the extreme urgency in which the Commission adopted the Temporary Framework.

These cases also highlight that there is a wide range of legal bases available for the creation of support measure by states in favour of air transport but also other sector particularly hit by the pandemics. However, it should be kept in mind that all players would not be entitled to subsidies via the backdoor of EU State aid law, as Ryanair imagines. If it was the case, it would lead to a massive increase in State aid, obviously exceeding the limitations of public budgets.

As the General Court ruled in its two previous judgments, State aid may be limited to undertakings with close and stable links to the national economy. Given its economic importance and value to Member States, saving historic airlines operators is thus not only a matter of national prestige but is also a question of not undermining EU’s capacity to recover with an air transport sector ready to fly passengers and not embedded in a series of bankruptcies.

The guidance provided by the General Court in these judgments is of considerable importance for many other cases challenging pandemic aid packages by Ryanair. Any setback could have undermined the economic recovery process in the EU. Furthermore, State aid law orthodoxy would go against the global trend with other major economies also saving their airliners.

We can expect that the State aid reform foreseen at the turn of 2022/2023 will take the lessons of COVID-19 into account.

Public authorities and State aid beneficiaries should always take special legal advice. Sector-based professional associations currently promoting and asking further State aid support should pay particular attention when they petition for such aid if it would fit in the current State aid control practice of the Commission. At the same time, non-beneficiaries of State aid should carefully examine whether any challenge of a measure would likely be successful in the light of the same practice.

This news brief was written with the support of Dr. Thu Ha Dao, trainee at the Paris Bar, member of the Brussels office of law firm Gil Robles – San Bartolome & Partners and holder of a Ph.D. in competition law.